Launch of the Tri-Sanctioned 2017, the AfrAsia Bank Mauritius Open 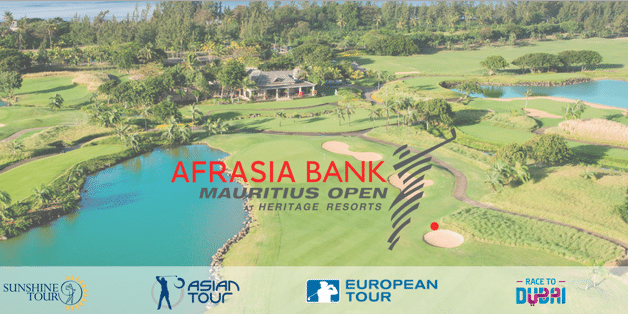 Thursday the 16th of March 2017 was the official launching day of the tri-sanction 2017, the , the AfrAsia Bank Mauritius Open Tournament. This year the Heritage Golf Club will have the honor of hosting the event from 30th of November to the 3rd of December. The tri-sanctioned tournament which joins the European Tour, the Asian Tour, and the Sunshine Tour will welcome not less than 156 professionals of the game. This 3rd edition of this International level tournament is historical for the island of Mauritius. It will be taking place as the first event and competition on the International golf calendar.

This year there will be 48 professional golfers from all the three Tours. Twelve invitations will be given where they will challenge themselves on a 72 hole stroke play championship which will add up on the order of merit of each Tours. This includes the Race to Dubai in 2018 and the Official World Golf Ranking.

The Heritage Golf Club, official partners with the PGA South Africa, will be hosting this tournament for the second time. This incredible golf course, designed by Peter Matkovich, has been awarded Best Golf Course in the Indian Ocean at the World Golf Awards of 2014, 2015 and 2016. This world class course is ready to welcome all participants for an international level competition.

The initiation of the Tri-sanctioned AfrAsia Bank Mauritius Open, since it was launched in 2015, is to place Mauritius on the map as a golf destination. The government as well as all public and private sectors, and all concerned golf actors of the island is working towards this vision. Our island is acknowledged as the best golf destination for the African, Gulf States and Indian Ocean region, and we believe it has what it takes to stand out internationally.