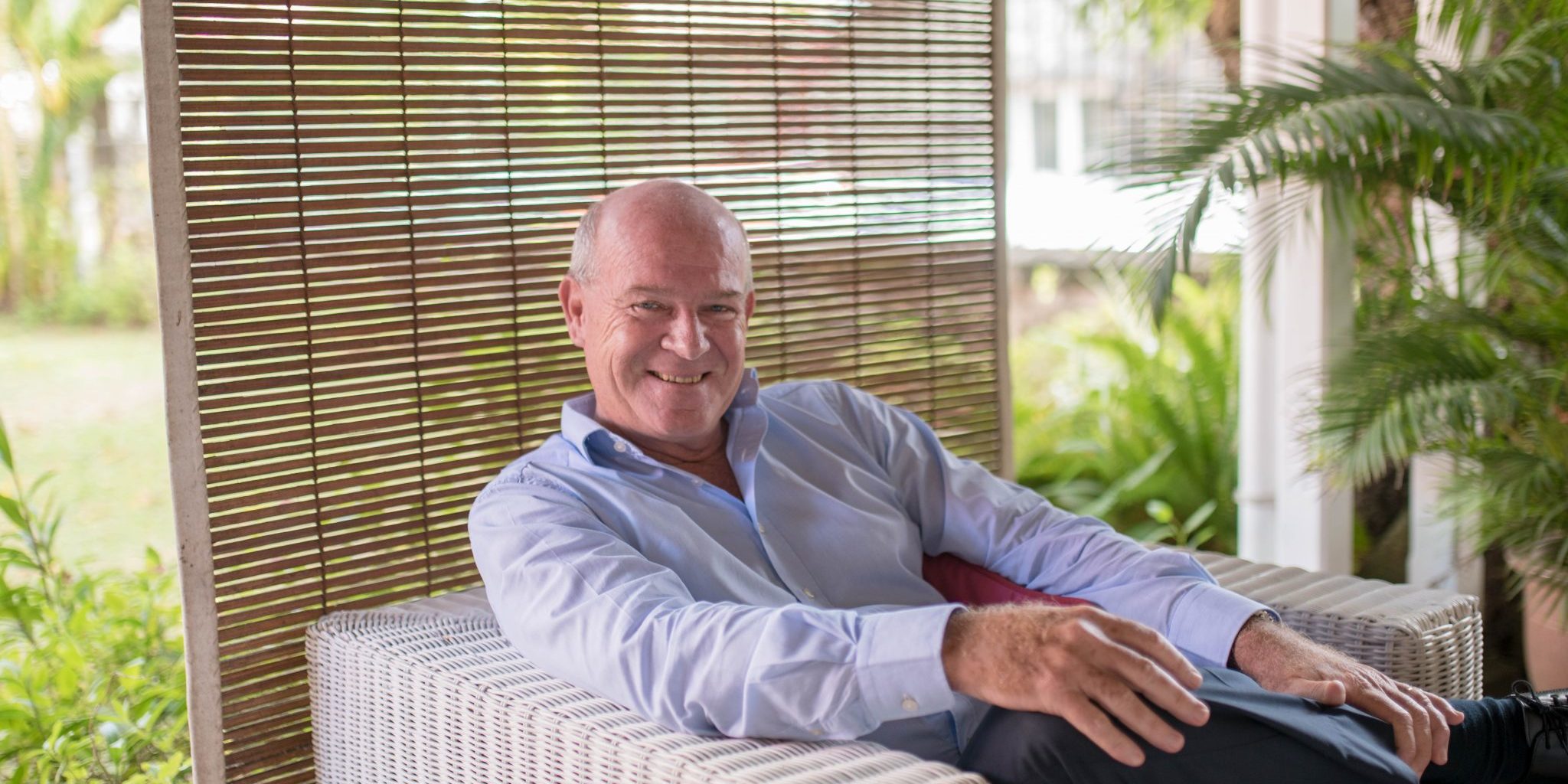 In 2015, the Heritage Resorts held the first ever tri-sanctioned Order of Merit event on the European Tour, Sunshine Tour, and the Asian Tour. The AfrAsia Mauritian Open was a resounding success… How did a relatively unknown, in golfing terms, small island like Mauritius get to host such a prestigious event?

Mauritius may be a small island, but the quality of its golf courses and hospitality rival the best destinations in the world, which made it an obvious choice for the three Tours wanting to collaborate for the first time on neutral soil.

Heritage Golf Club had been looking since 2013 to organise a major golf tournament in Bel Ombre. Ryan Dodds, the Heritage Golf Club General Manager at that time made contact with Mr Grant Wilson, C.O.O. of the Sunshine Tour. The Sunshine Tour had already some co-sanctioned events with the European Tour and they were looking to organise the first tri-sanction event with the Asia Tour.

The Sunshine Tour was nominated as the ‘Lead Tour’ and came to Heritage in 2014 for the first time to inspect the Heritage Golf Club facilities. Quite frankly, they were blown away by the quality of what they saw, and the host venue for the inaugural AfrAsia Bank Mauritius Open was confirmed shortly after.

The first edition was supposed to take place in May 2014, but we did not manage to secure a title sponsor on time; thus, it was postponed to May 2015 when AfrAsia Bank took the bold decision at the time to support the project.

The first edition of such an ambitious event is always a challenge, yet the outcome exceeded all expectations, providing Mauritius and all the sponsors with huge visibility and publicity across all continents. It was most importantly a great testimony of enthusiastic teamwork between the public and private sector, the sponsors, the organisers, the three Tours, with strong support from Christophe Curé of the Mauritius Golf Federation.

The event in 2015 was won by George Coetzee, with the top 3 players on the leader board coming from South Africa, Denmark, and Singapore with over 130 participants from 32 countries. In 2016, Wang Jeunghun from Korea, with his runners up coming from Bangladesh and Belgium; in total from 126 players from 31 countries… Can we expect such a large turnout in terms of players, nationalities; are you expecting any of the world’s top players this year?

Indeed, the AfrAsia Bank Mauritius Open has the particularity of being able to draw the most diverse fields in world golf from three continents. The change of date from May to November was recommended by the European Tour in order not to clash with the Players Championship on the PGA Tour in May, and to attract more top European players. In the 2015 first edition, George Coetzee, ranked 62 in world, won a breath-taking play off against Thorbjorn Olesen and improved his world ranking to 58, which enabled him to qualify for the U.S. Open.

Yes, we are expecting an even stronger player field for 2017 at  Heritage. The top players will be able to fly to Mauritius after the Race to Dubai season-ending, DP World Tour Championship which will be held from the 16 – 19 November 2017.

The change of date to November affords us longer daylight hours, with the result that we have been able to increase the number of players from 126 to 156; with 48 players from each of the sanctioning tours. Indeed, you can look out for exciting player announcements soon.

Obviously, in collaboration with the other partners, it must have been quite a job to succeed in getting such a major breakthrough event to be held at Heritage Resorts… Did you feel you were breaking new ground for Heritage, as well as for Mauritius once it was confirmed; today, do you feel like a ‘pioneer’ in regard to holding this event in Mauritius?[/vc_column_text]

Yes, we realised from the outset that we were pitching for a world class event which would make golfing history in Mauritius… to us, it was on the same level as bringing a ‘Formula One’ race to Mauritius. It was very bold and daring bet for all parties involved, in light of the huge budgets involved, of (nearly €3 million in total). We created the company ‘Heritage Events Ltd’, which also owns the rights of the tournament, and the ‘Mauritius Open’ title. The teams of the whole Group, ENL, Rogers, VLH, Heritage, were so proud to show the world the Domaine de Bel Ombre tourist destination that we have built since 2004.

It achieved huge recognition for the owners and the teams. We were even more excited when the first edition was a resounding success in 2015. Media coverage by 42 broadcasters, reaching 450 million households, the 900 online articles produced during the tournament week, and the buzz on social media were fantastic. Most satisfying was the feedback from the players praising the faultless organisation, and the warm welcome they received. From that moment, we knew that this tournament would grow from strength to strength, and that we would fulfil our vision: ‘To make it the most beautiful golf tournament in the world!’.

The AfrAsia Mauritius Open has certainly put Mauritius on the map as a premier golf destination in terms of exposure and brand recognition… At a practical level, what have you seen in terms of increased tourist numbers, and even golfers wanting to enjoy a round at the Heritage Resorts; are you aware of any of the tournament players coming back to Mauritius for a holiday… Do they play a round of golf to relax?

The positive benefits of such an event are multiple. At a very practical level, we saw our number of golf rounds at Heritage Golf Club increase by 20% in 2015/2016. And, that triggered our decision to build a second golf course. Heritage Golf Club is now very well known worldwide. We have signed many agreements with prestigious golf clubs, hired several well-known players as ambassadors, and been nominated Best Indian Ocean Golf Course at the annual World Golf Awards for three years in a row since 2014. Heritage Le Telfair Golf & Spa Resort, where 30% of the clientele are golfers, has also just won the Best Indian Ocean Golf Hotel. Such an event attracts other events, and Heritage Golf Club receives many requests as a result. To answer your question precisely…, it was their first trip to the island for virtually all of the professionals that competed in 2015. But, many have returned since for holidays, including Jaco Van Zyl, Brandon Stone, and George Coetzee that we are aware of. The players love coming to Mauritius, many declared that it felt like a holiday in the middle of their normal work schedule. Some have expressed an interest in buying a villa here, and they definitely want to bring their family and friends when they come for the AfrAsia Bank Mauritius Open.

Golf is a sport and a passion that attracts big networks of high worth individuals. Therefore, positioning Mauritius as a paradise golf destination will create jobs and benefit many related sectors of the Mauritian economy like financial services and property. This kind of event creates tremendous exposure; but more importantly, it creates credibility and legitimacy in the minds of discerning golfing tourists.

There is evidently a lot of excitement brewing about this year’s AfrAsia Mauritius Open, which is returning to the Heritage Golf Course once again… What advance exclusive news are you able to divulge to the readers of our Magazine, just to whet their appetite a bit?

Firstly, Le Telfair Golf & Spa Resort and Le Chateau de Bel Ombre will be undergoing some major renovations in June. The players and visitors will, as a result, be able to enjoy a to-
tally refreshed environment during the event. We are also be renovating our golf course bunkers ahead of the tournament. There are many attractions, activities and events planned before and during the tournament itself. We will make announcements at a later stage this year.

One of the major objectives of the AfrAsia Bank Mauritius Open is, with the MGF support, to grow the game of golf in Mauritius, and to make this sport accessible and attractive to as many Mauritians as possible.

The ProAm events two days prior to the tournament dates will as usual be very attractive for our VIP guests and selection winners who will have the privilege to play with the world’s golf top players. We are also planning a ‘Play the Tournament Course’ after the event activities and Golf Clinics for kids by some players.

This year’s field will host a recent major champion, but let’s keep everyone guessing for the moment…

The event in 2015 underwent some changes in 2016… what are the major differences that the players and public can expect for the 2017 edition?

As mentioned above, the players’ field is increasing from 126 to 156 players with a few more ‘big names’. We are also getting a much stronger commitment and involvement from the European Tour this year. We are preparing special packages for the golfers from Reunion Island and South Africa to enable them to attend the event more easily.

To conclude, I would like to thank all our sponsors for their enthusiastic support, obviously in the first place AfrAsia Bank, but also Rogers, CIEL/Anahita, MTPA, Villas Valriche, Air Mauritius, Jaguar, Illy Coffee, DSTV, PriceWaterhouseCoopers, Mautourco, Bougainville Rhum, Ernie Els Wine, Mauritius Telecom, Coca-Cola, and Phoenix Beverages; not forgetting the hundreds of individuals who contribute to make this event such a roaring success!