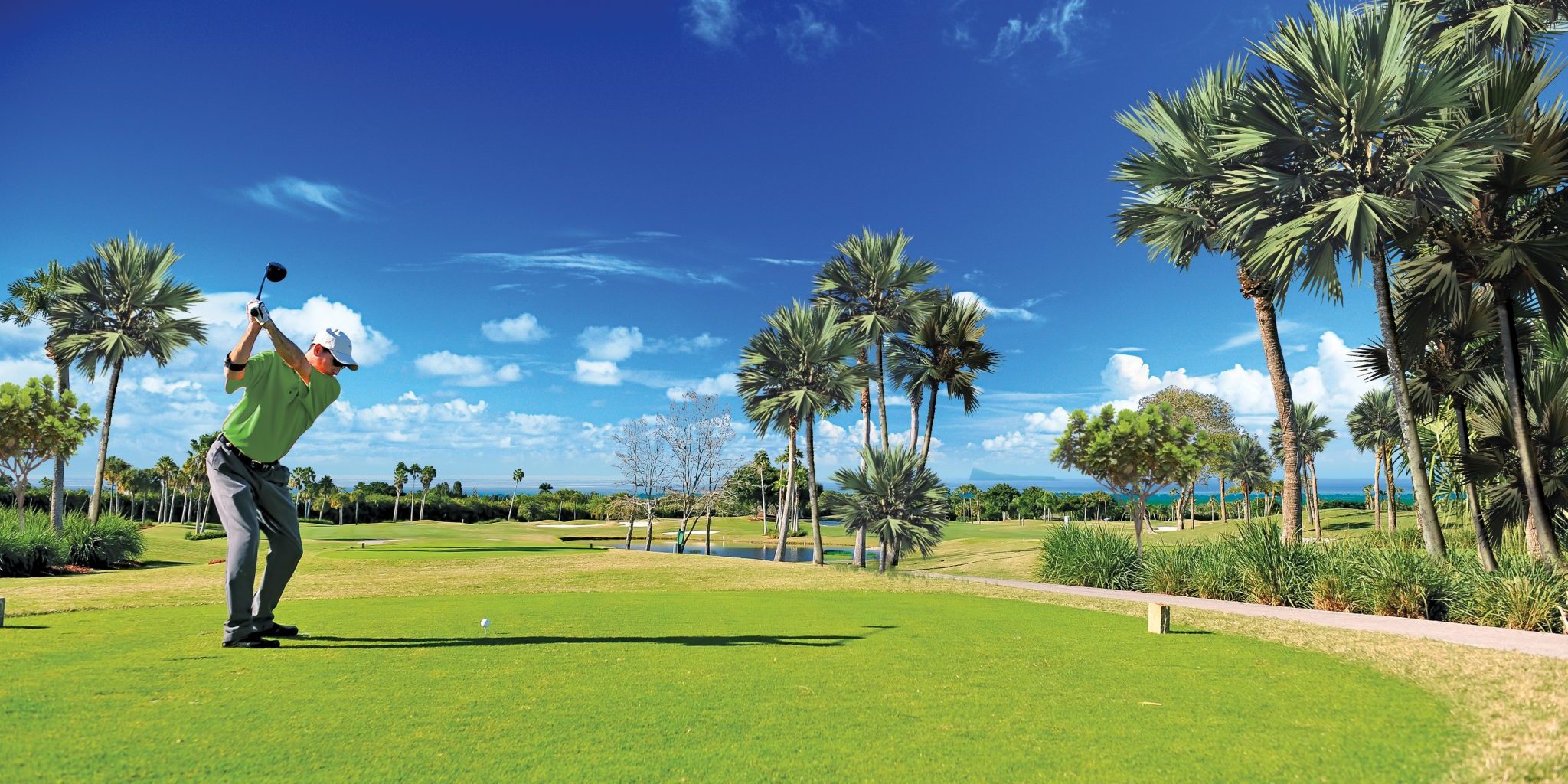 Golf historians generally agreed that the sport began in Scotland 1497. We should perhaps be grateful that the sport has now
spread around the world; being played in over 150 countries and territories at the last count. Why are we fortunate? Consider that not everyone really enjoys playing golf in the often wet and windy Scottish conditions, with temperatures hovering just above zero! It is extremely likely that golf might have remained a very local sporting pastime had not the travelers of the British Empire taken it to sunnier climes in the 19th century.

According to historical tradition, a group of Scottish soldiers, transferred from India, oversaw the building of the first golf course in the Southern Hemisphere in 1844 on a local British Army base in Vacoas, in the centre of the island. Even to this day, the 18-hole Gymkhana Golf Club continues to exist as a private club. Without doubt these soldiers must have enjoyed the blue skies, sunshine, and tropical temperate weather that they could never have experienced back home in Scotland!

With a surface area of 2000 km2, East of Suez, and on a per square kilometre basis, only the city-state of Singapore has more
golf courses (15) than Mauritius. The United Arab Emirates may also have more courses (15), but these are spread over a much wider area. There is a saying in Mauritius that no one is ever more than 45 minutes from a beach. To this truism can now be added the following declaration: No one is more than an hour from a world class golf course in Mauritius!

Mauritius enjoys well over 320 days of sunshine per year. At first, this might seem incorrect to people who have experienced
weeks of summer rains, but this fails to take into account that the island has no less than six clear and distinct micro-climate zones. While it may well be raining over the central plateau, and with scattered showers over the east coast, it is extremely likely that no rain, or very brief passing showers, have occurred on the north or west coasts. Golfers on the island are much more likely to be affected by sunstroke or dehydration, than having their round cut short by rain…

As a result of the micro-climates, and with each of the golf courses located strategically in different parts of the island, the slightly adventurous golfer willing to move a little beyond the comforts and confines of his own Golf Resort, is guaranteed to enjoy multiple rounds under azure skies, reflected in the multiple shades of blue of the surrounding Indian Ocean. Interestingly, it’s possible to see the ocean from every single golf course in Mauritius!

In addition to the likely prospect that there will always be at least 2-3 courses where the sun is shining and the sky is blue, it must be appreciated that with each course is situated in its own micro-climatic zone, the surrounding décor, vegetation, and even the geology differs widely from course to course. A cross-section drawn from east to west of the island reveals 4 courses that could not be more different from each other…

Off the East Coast, on its own island, is the Bernhard Langer designed course on Ile aux Cerfs, with its 9 lakes, 3 holes requiring tee shots across sea inlets, white sand bunkers, and volcanic rock outcrops. Less than a 30-minute drive up the coast, at Belle Mare, are two associated Belle Mare Plage courses, the Links and Legend, where aquatic features and sand traps combine with deer strolling across the fairways built on a former hunting estate. A mere 45 minutes away, on dual-carriageway roads, is the location of Mauritius’ newest course, and in the middle of the island, Avalon Golf Estate. Here, golfers play in cooler conditions, surrounded by gentle slopes with tea plantations, on a course that includes ravines, streams, and with holes designed to take into account the south-east trade winds that are clearly felt at that altitude. On top of that, players enjoy views of the Southern Indian Ocean in the distance. A further hour’s ride westward brings us to the West
Coast and Tamarina Golf Estate. Here one could well mistakenly believe that one has been transported to the African Savannah, such is difference in climate, vegetation, and temperature. This course includes the omnipresence of the towering Rempart Mountain, as well as unique challenge of a number of holes playing alongside, and across, the Rempart River gorge that runs through the estate.

So… while it is possible to enjoy a day’s golf in the sunshine destinations of Florida (USA), the Costa del Sol (Spain), the Western Cape (RSA), or the Sun Coast (Australia). None of these places are likely to match little Mauritius and its diversity and contrasts in terms of playing locations over such a small distance. And, the sun is shining most days on most courses too!